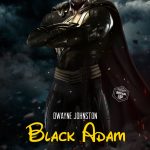 Just got back from seeing Black Adam with my family and its probably the best DC movie to date.  Dare I say better than a lot of the Marvel movies that have been released lately. It actually is the formula that DC needed to give the franchise a shot in the arm. Dwayne Johnson was perfect for the role. So was Carter Hall as Hawkman and the other cast members.  The film and effect were incredible which puts to shame some of the last Marvel cinematic attempts with a handful of exceptions which btw I strongly suggest you see it in Imax or 3D. It is that kind of treat to the eyes. The music score was powerful that it emphasized the action sequences . And the story was well put together. There were no real snoozer scenes in this movie which was a refreshing change of pace for a DC movie. The end cut away scenes in mid credits was a shock that got the audience begging for more. Speaking of which this movie actually got a standing ovation from many of the patrons in the theater which where I live is a rare event. Below if you want I pasted a really good plot summary curtesy of Wikipedia. Open the spoiler block only if you dare. Below the plot is another spoiler of the end scene. If I was to rate this film like they do on RT I would give it a 92 Fresh maybe 3 points higher. Worth spending money at the theater to see it. Highly recommend it especially if you are a comic movie junky like I am.

Click here to show Wikipedia Spoiler
In 2600 BC, the tyrannical king of Kahndaq, Anh-Kot, created the Crown of Sabbac, known to give the wearer great power. After attempting to stage a revolt, a young slave boy is given the power of Shazam, transforming him into Kahndaq’s heroic champion Teth-Adam; he kills Anh-Kot and ends his reign.

In the present day, Kahndaq is oppressed by the Intergang. Archaeologist Adrianna Tomaz tries to locate the Crown of Sabbac with the help of her brother Karim, and colleagues, Samir and Ishmael Gregor. As Adrianna obtains the crown, they are ambushed by Intergang. Adrianna reads an incantation that awakens who she believes to be Teth-Adam from his slumber, who subsequently slaughters most of the Intergang troops.

Public government official Amanda Waller[a] learns of the incident and contacts Carter Hall / Hawkman and the JSA (Justice Society of America) (consisting of Kent Nelson / Doctor Fate, Maxine Hunkel / Cyclone, and Albert “Al” Rothstein / Atom Smasher) to assist in taking Adam into custody. The JSA arrives in time to stop Adam from doing further destruction to the city and Intergang’s troops. The JSA explains that Adam was not a savior in his time, but instead a madman who was imprisoned, rather than entombed.

Ishmael is revealed to be the leader of Intergang, and chases Adrianna’s teenage son Amon, who has stolen the crown. Adam, Adrianna, and the JSA intend to use the crown to trade for Amon. They reach Ishmael, who reveals that he is the last descendant of King Anh-Kot and, wanting his rightful place on the throne, demands the crown, which Adrianna willingly gives to save Amon’s life. Ishmael betrays his part of the deal and shoots at Amon, and Adam, trying to save Amon, loses control again and destroys the hideout with his power, killing Ishmael.

Guilt-ridden, Adam flees. He reveals to Hawkman that he is not Kahndaq’s ancient champion “Teth-Adam”, but in fact the champion’s father; knowing that Adam’s son, Hurut, was invincible, the king’s assassins elected to execute Hurut’s family instead to avenge their king, including Adam and Hurut’s mother, and that Hurut had given his power to his father to save him, turning him into Black Adam, only for Anh-Kot’s assassins to kill the now-mortal Hurut. Enraged, Adam slaughtered all of the king’s men, bringing destruction to the city, before being summoned by the wizards of Shazam, who imprisoned him after deeming him unworthy. Feeling incapable of becoming Khandaq’s champion, Adam surrenders to the JSA, who take him to Waller’s underwater prison. Soon after, Fate sees an ominous premonition of one of the JSA’s impending deaths. As the group returns to the city, they realize Ishmael intentionally made Adam kill him while he was wearing the Crown of Sabbac so that he could be reborn as the host of the demon Sabbac himself, and he arises from the underworld to claim his throne.

The JSA arrives in time to try to stop Sabbac, who summons the undead to Kahndaq. The JSA prepares to face Sabbac in Anh-Kot’s ruins, but Fate creates a magical force field that forbids Hawkman, Cyclone and Atom Smasher from entering and reveals that Hawkman’s death can be avoided with his own sacrifice. Fate then fights Sabbac alone, and at the same time uses an astral projection to release Adam. Sabbac kills Fate, causing the force field to disappear, and allowing the others to fight. Just as he is about to kill the JSA, Adam arrives and engages Sabbac, ultimately killing him. The JSA departs on good terms with Adam, who accepts his new role as protector and ruler of Kahndaq.

Click here to show Super Spoiler
In a mid-credits scene, a message from Waller warns a defiant Adam never to leave the country, before Superman arrives and suggests the two of them should talk.