BBC and the makers of Dr Who on live television moments ago just made the official announcement of who the new Doctor would be. And in a show that was fitting of the announcement filled with old companions and the 5th Doctor Peter Davison in front of a live audience ( lucky dogs) who were no less enthusiastic as trekkers are . The announcement was made. Peter Capaldi will be the 12th Doctor. My first impressions would not matter because like all whovians its a little bias just because of the the familiarity  of previous actors of the role. It has always taken me a few episodes to warm up to them . That said I will give it a while to set in . Though he has the look of the older more classic portrayals of the Doctor . Kind of reminds me a little of Tom Baker/Patrick Troughton in mannerisms . This of course is just a first impression that would most likely change as he sets his own tone on the character. Good luck to the new Doctor and farewell to Mat Smith.  Matt played the part brilliantly and like all of these transitions or in this case regenerations  its like saying goodbye to a friend that who you had allowed to enter your house on the weekends and shared his mad adventures with.  Sad but on the other hand its time to get acquainted with someone new . And that is an adventure in itself.

He has enjoyed an illustrious career to date in both film and television.

Before securing the coveted role of the Twelfth Doctor, Peter first appeared in Doctor Who in 2008, playing Caecilius in the episode “The Fires of Pompeii”.

Peter grew up in Glasgow and attended the Glasgow School of Art, while studying there he secured his first breakthrough role in Local Hero (1983).  He has also had roles in Dangerous Liaisons, The Crow Road, The Devil’s Whore and Torchwood: Children of Earth.

It is his role as Government spin doctor Malcolm Tucker in the BBC comedy series, The Thick of It , that has earned Peter both international and award success.  In 2010 he won the BAFTA Television Award for Best Male Performance in a Comedy Role and the BPG Best Actor Award. In both 2010 and 2012, Peter won the British Comedy Award for Best TV Comedy Actor.  A film spin-off from The Thick of It, entitled In the Loop, was released in 2009.

As well as appearing in front of the camera, Peter is an award winning film maker.  In 1995, he won the Oscar for Best Short Film (Live Action) for Franz Kafka’s It’s a Wonderful Life.  He also wrote Soft Top, Hard Shoulder, which won the audience award at the London Film Festival, and wrote and directed Strictly Sinatra. Peter’s stage credits include Professor Marcus in The Ladykillers at the Liverpool Playhouse, which saw the play transfer to the Gielgud Theatre in London.

2013 has been a busy year for Peter who has been seen on screen in the film World War Z and in BBC Two drama series The Hour, for which he was BAFTA nominated.  Not only will Peter film his first scenes for Doctor Who this Autumn, but he will appear in the forthcoming film The Fifth Estate and the Disney film Maleficent.

Peter is currently filming new BBC One drama series The Musketeers, in which he plays Cardinal Richelieu which will launch in early 2014. 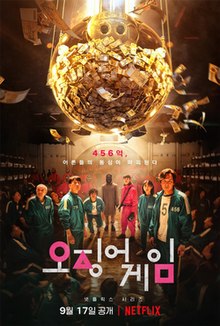