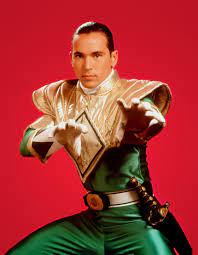 AP News Jason David Frank known for his role as Green Power Ranger Tommy Oliver on the 1990s series “Mighty Morphin Power Rangers,” has died at the age of 49. From other reports his death was ruled a suicide. With little details as of this time of the hows and why’s. Besides being the Green Ranger … END_OF_DOCUMENT_TOKEN_TO_BE_REPLACED