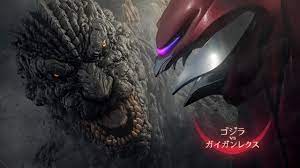 The G-Fest 2022 had a couple of surprises one being this vide which was not all to much of a surprise since there were trailers leading up to but the other is the announcement from Toho of an unnamed Godzilla film to be released November 3, 2023 and Takashi Yamazaki will be directing it. Thats … END_OF_DOCUMENT_TOKEN_TO_BE_REPLACED