Deadline news announced that James Franco is to star in the new Planet of the Apes prequel. According to the THR Blog Franco will star as a scientist that  who has been working on a cure for Alzheimer’s with apes as the test subjects . One subject named Ceaser starts to evolve rapidly . Franco then takes him home and protects him from the cruel scientist. It also is noted that WETA is involved in the project and this time instead of actors playing the apes they will be CG-ed  much like the aliens in Avatar. 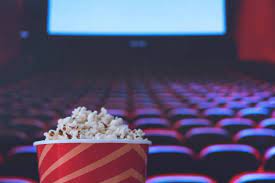 Horror
A list of Sci-fi and Horror movies being released in 2023
Movies
The Woman in Black 2: Angel of Death Official TRAILER
Movies
Blinky Trailer

0 thoughts on “Update on Planet of the Apes prequel : Rise of the Apes”