Old meet new. New meet old. In my opinion it’s a good way to bridging the newer brand and keeping the faith of the older and genesis of the X-men movies. It kind of gets stale after awhile seeing original cast refuse to honor cameos that have very little to do with the roles they played. With the few exceptions most notably Leonard Nemoy of Star Trek who reprised his role as the an older original version of themselves in an alternate timeline. Sci fi it may be a played out story arc premise to rejuvenate a franchise but at the same time its a good way to honor the past works and actors. So it is with this film that recreated its timeline to give the franchise longevity.
The film itself was not bad at all. It was rather good and I enjoyed it. It was slower in some areas then I expected but overall the story arc was good enough to draw you into the film. The acting was convincing but dry in some sequences but I did enjoy the fact that the film did not fall over itself to create forced scenes. It was dark. It was meant to be dark. It was the end of the the mutant and human world as we know it and a desperate chance to save it. It also seems its not the end of the series as I originally thought it may have been from the tone of the movie. It had an air of tying some loose end especially at the end but hen the post credit scene happened where people are bowing and chanting to En Sabah Nur as he creates the Egyptian Pyramids while his Four Horsemen stand in the distance. Could it be the tease for the long awaited X-Men: Apocalypse show down. One could only hope.

Plot and Spoiler from Wikipedia

In the dystopian future of 2023, sentient robots known as Sentinels are exterminating mutants – humans born with superhuman abilities. They also oppress the human population, as regular humans harbor the genes that can lead to mutant offspring. A small band of X-Men manage to evade the Sentinels thanks to the powers of Kitty Pryde, who has the ability to project a person’s consciousness back in time to deliver warnings.

The X-Men rendezvous with Magneto and Professor Charles Xavier in a monastery in China. They hatch a plan to send Wolverine’s consciousness back in time to prevent Mystique from murdering Bolivar Trask, the lead designer of the Sentinels. The assassination will label Trask as a martyr while Mystique will be captured, with her mutant powers reverse-engineered and used to create the formidable Sentinels of the future. Professor X advises Logan to seek out his younger self for aid.

Waking up in 1973, Wolverine travels to the X-Mansion, where he encounters the young Hank McCoy and a disheveled Xavier, who is a broken man due to the death of most of his X-Men and the failure of his school. He has lost his telepathic powers from taking a serum which allows him to walk again. Wolverine convinces Xavier to break out Magneto — who was convicted of murdering John F. Kennedy — out of a prison cell a hundred floors beneath the Pentagon. They do this with the help of Peter Maximoff, a mutant who can move blindingly fast.

In Washington DC, Trask unsuccessfully lobbies Congress for approval for his Sentinel program. Meanwhile in Saigon, Mystique prevents a young William Stryker from appropriating a group of mutant American GIs for Trask’s research. Mystique investigates Trask Industries and discovers he has been capturing and experimenting on mutants to develop weapons against them. Knowing the assassination of Trask occurs in Paris, Xavier and Magneto board a private plane with Beast and Wolverine in order to intercept Mystique, although the two argue over abandoning each other.

In Paris, the Americans and Vietnamese are negotiating the end to the Vietnam War. Mystique impersonates a Vietnamese general to infiltrate a meeting with Trask. As she is about to kill Trask, Wolverine, Xavier, Magneto and Hank arrive. As he believes that it is the only way to prevent the dark future, Magneto tries to kill Mystique, who flees out a window. The ensuing altercations exposes the mutants in front of onlookers and television cameras.

Although Trask is saved, the world is horrified by the existence of mutants. President Richard Nixon approves Trask’s Sentinel program and arranges an unveiling in Washington, D.C.. Trask’s scientists recover Mystique’s blood from the battle site in Paris, which means he can still create the future Sentinels. Magneto intercepts the Sentinel prototypes on their way to Washington and laces them with steel. At the mansion, Xavier eschews his regular serum dose to regain his powers. Through Wolverine, Xavier communes with his future self. Using Cerebro, he tracks Mystique en route to Washington.

Nixon unveils the Sentinel prototypes on the White House lawn. As a show of force, Magneto raises the RFK Stadium and deposits it around the White House. He also commandeers the Sentinels and has them attack the crowd. Nixon and Trask are taken to a safe room, followed by a disguised Mystique. Xavier, Wolverine, and Beast try to stop Magneto. Magneto impales Wolverine with rebars and flings him into the Potomac River. In 2023, the X-Men make their final stand as the Sentinels assault the monastery.

Pulling the safe room out of the White House, Magneto aims the cameras at himself and prepares to kill the President with the whole world watching. Mystique tricks Magneto by disguising herself as Nixon and manages to wound him with a plastic gun. Xavier persuades her not to kill Trask, and allows her and Magneto to flee.

Wolverine wakes up in a new timeline in Xavier’s school, where he finds finds Iceman, Rogue, Kitty, Colossus, Beast, Storm, Jean Grey and Cyclops alive. Logan finds Xavier, who lets him know that they have a lot of catching up to do. In 1973, Mystique, impersonating Stryker, has Wolverine rescued from the river.

In a post-credits scene, people are bowing and chanting to En Sabah Nur as he creates the Egyptian Pyramids while his Four Horsemen stand in the distance.

X-Men: Days of Future Past TRAILER 1 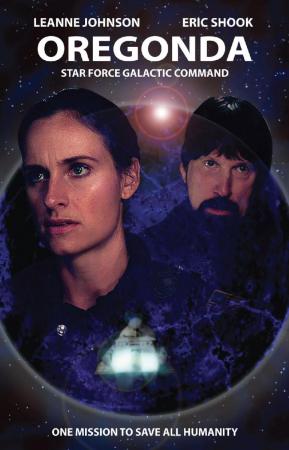